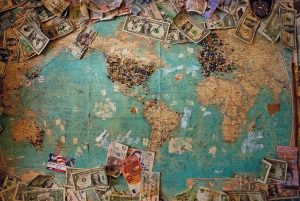 The Fascination with the Richest Families

As much as we may deny it, many people enjoy keeping tabs on the world’s richest families. Whether you indulge this guilty pleasure out of admiration, resentment, or curiosity, one thing is certain. These titans of industry carry celebrity status due to their business savvy and enormous bank accounts. Although many of us will never be billionaires, successful family businesses speak to our cultural values. This list represents the richest families who made their fortunes through business enterprises. For this reason, you may notice the wealthiest people in the world missing from this list, even though they have families. So, sit back and learn how the ultra-elite gained their wealth.

The 10 Richest Families in the World

The Waltons claim the top spot of this list as the richest family in the United States, and by some standards, the richest family in the world. Walmart was founded by Sam Walton in 1962 and has grown into the retail giant it is today. At the end of 2019, it reported over $500 billion in revenues and employed more than 1.5 million people. The company operates approximately 12,000 stores around the globe and 5,362 stores in the U.S. alone.

Walmart is now led by his children, Jim, Alice and S. Rob Walton who are each worth just over $50 billion. Their impressive fortunes also netted them spots #16-18 on Forbes 2020 list of billionaires. Despite public criticisms of its labor practices, Walmart remains a staple of suburban America. In short, its continued popularity guarantees that the Walton family will remain among the richest families in the world.

This multi-generational candy supplier made its mark with its nominative chocolate bar. However, the company is better known today for M&Ms and Milky Way bars. In addition to making candy, the company diversified its holdings with the purchase of a pet care company in 2017. VAC now accounts for more than half its annual revenues.

Today Jacqueline and John Mars are the figureheads of their grandfather’s company. They tied for the 33rd spot on Forbes annual list of billionaires with an estimated total of $24 billion each. Their children, the fourth generation of the Mars family, have taken over daily operations ensuring a sweet future.

Charles and David Koch gained their staggering wealth from their father’s oil firm. They took control after a fraternal feud in the 1980s. Since then, these two brothers established the conglomerate, Koch Industries, which boasts about $110 billion each year. They tied for the 11th spot of the Forbes list with $50.5 billion apiece.

While their wealth is impressive, the Koch brothers are better known for their political interests. For years, they have funded candidates, think tanks, professorships, and lobbyists to further their conservative agenda. David Koch even ran for the American vice presidency on the Libertarian ticket in 1980. However, he and Ed Clark only received 1% of the national vote. Their deep pockets continue to serve their ambitions and influence national politics.

4. The House of Saud – The Saudi Royal Family

This royal family’s control stretches back nearly a century and is worth more than $100 billion. The estimate was compiled from payments issued by the king’s executive office over the last 50 years. However, the total wealth controlled by its 15,000 extended relations is likely to be worth much more.

The country’s vast oil reserves have made Saudi Aramco the most profitable oil company in the world. In addition, many members of the royal family have brokered profitable government contracts and arranged land deals to further increase their wealth. The Al Saud family is certain to remain one of the world’s richest families for years to come due to their resources and connections.

The Chanel brand has become synonymous with French high fashion and style. Pierre Wertheimer and Gabrielle Coco Chanel originally founded the company in 1920. Wertheimer funded the famous designer. As a result, we now have the ‘little black dress’ and her No. 5 perfume.  The company is now co-owned and operated by Alan and Gerhard Wertheimer. The brothers own the fashion house in addition to racehorses and vineyards. In 2018, the company released its financial results for the first time ever, claiming $11 billion in revenue.

Dating back to 1837, Hermès has a longstanding reputation for its luxury fashions. Originally branded for its high-end riding apparel, it has since evolved into a household name. This French fashion house continues to enthrall its clients with signature handbags, perfumes, neckties, and scarves. Its iconic Birkin bags are an easily recognizable status symbol of the fashion world. In addition, Hermès products have adorned monarchs and celebrities. For instance, Tsar Nicholas II and basketball royalty Lebron James were both former customers.

The Dumas family married into the empire and expanded the company’s operations. Jean-Louis Dumas is credited with growing Hermès into a global fashion giant. His son Pierre-Alexis Dumas currently serves as the artistic director. His cousin Axel Dumas took over as CEO and chairman following his death in 2010.

The collective brewing enterprise of these Belgian families can be traced back to the 14th century. The Van Damme family merged its assets with the others in 1987 to form Interbrew. As a result, they are now among the richest families in the world. Following mergers with AmBev in 2004 and Anheuser-Busch in 2008, the families’ fortunes are now valued at over $50 billion.

8. The Boehringer and von Baumbach Families

Albert Boehringer founded Boehringer Ingelheim over 130 years ago. He maintained close control and therefore grew this German pharmaceutical company into an industry leader. He entrusted it to his descendants, later encompassing the Von Baumbach family as well. Hubertus von Baumbach currently serves as chairman. Furthermore, several extended family members hold other vital positions within the company. They possess a combined fortune of nearly $52 billion making them two of the richest families in the world.

This Mumbai-based conglomerate is probably the least well-known company to the average reader. However, most international businesses are well acquainted with it. Dhirubhai Ambani established the precursor of Reliance Industries in 1957. He passed his holdings onto his sons after his death in 2002. Mukesh Ambani took over the world’s biggest oil refining complex and the #13 position on Forbes list of billionaires.

CEO Mukesh Ambani oversees the company’s refining, oil, gas, petrochemicals, and textiles. His brother Anil handles the telecommunications, power generation, entertainment, and asset management. In addition, Anil’s oldest son, Anmol, serves as the executive director. In other words, the Ambani family is ensuring their legacy and inclusion among the world’s richest families for years to come.

10. The Cargill and MacMillan Families

Cargill Inc. began as a commodities business in Conover, Iowa. In 1865, the company owned a single grain storage warehouse. However, it now has operations in agriculture, food products, and industrial services. The company is currently overseen by the sixth-generation from its headquarters in Minneapolis. Despite its wide diversification, it remains a closely held company. Meanwhile, Cargill continues to revolutionize the agricultural industry. In 2017, it invested $500 million into a new factory which uses bacteria that feeds off methane.

Whether you love them or hate them, these families represent some of the most powerful people in the world. Therefore, it’s easy to understand how their wealth have influenced politics and international business. Unless there is a major upheaval in the global economy, you can be sure these family dynasties will continue to play an important role in global affairs.