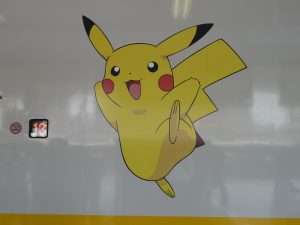 Within the first week of Pokemon Go being released the game has attracted approximately 9.5 million daily users. The game, which aimed to get people off their couches and walking around, has taken the world by storm.

There have been plenty of “haters” of the game. Many people say that it is a waste of time or that the people who play it don’t have a life. While that may be true for some, Pokemon Go players are getting something that they probably don’t even realize: a way to save some money.

How Pokemon Go Helps You Save Money

Although many may not see it this way, Pokemon Go is helping many people do quite a few things that will better their lives. The main reason the game creators designed Pokemon Go was to get people off the couch and moving around. By downloading the app, getting up and moving around you are also saving your wallet, but how? Well, there are a few ways you’re saving money with Pokemon Go.

For starters, the app itself is free. The tens of millions of people that have downloaded it and began playing have already discovered that the app is free. All you have to do is download it and begin playing. If you spend money on apps regularly, this can save you a ton of money because Pokemon Go, like it has done for many others, will consume your life.

You Can Quit Your Gym Membership

Because Pokemon Go is all about getting up, going outside and walking around to find Pokemon, you will no longer need your gym membership. My sister, for instance, walked approximately eight miles one day in search of Pokemon in the town she lives in in Pennsylvania. If you were to devote just a half hour to an hour a day to catching Pokemon, it would be like you went to the gym and got on the treadmill (and maybe sweat more because it is unbearably hot in most places at this time of the year).

Pokemon Go Can Help You Save Electricity

When you leave your house to search for Pokemon, be sure to turn off your lights, televisions and turn up your air conditioning a notch or two. All of these things will help you save on your electricity bill and it won’t affect the way in which you are living your life at all. You go out and search for Pokemon while your house takes an energy break.

You Won’t Have to Pay a Dog Walker

If you normally pay someone to walk your dog, you won’t have to if you play Pokemon Go. Simply put your dog on a leash every time you go to catch a Pokemon and you will avoid having to pay a dog walker. Just remember that it is hot out in many places so your dog will need breaks for refreshments, just like you will.

What Pokemon Go Won’t Help You Save

The number one complaint with Pokemon Go is that it does take up quite a bit of time. You will lose hours upon hours of your life playing. Sometimes the server will crash and you won’t be able to catch any. When this happens you’ll be losing your patience. Besides for time and patience though, Pokemon Go is also helping some people LOSE money.

People are losing money by playing Pokemon Go because they are going over their data on their phones. In some cases, this can cost you up to $10 per gigabyte of data that you are over.

So, if you are taking advantage of all of the ways you can save money by playing Pokemon Go, keep your data plan in mind and, most of all, have fun!

Do you play Pokemon Go? Have you seen any financial benefits from it? Join an ongoing discussion on the topic here.