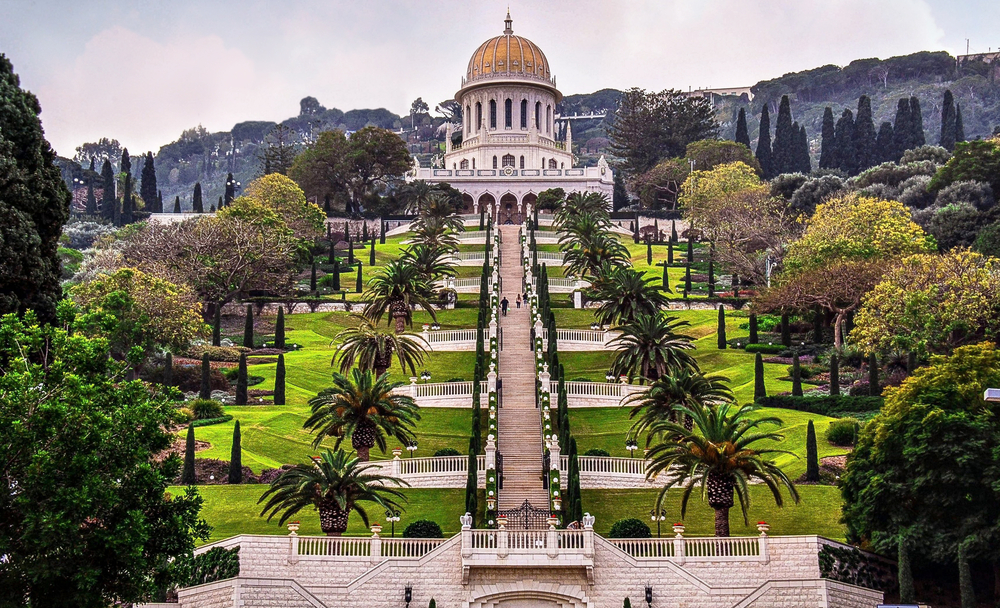 Your travels might be geared towards Vegas slots and other forms of fun and entertainment. If you’re truly interested in exploring the world and the people in it, consider a journey of discovery in which you push yourself to learn about beliefs and religious practices around the world.

Some of the most beautiful and fascinating sites that give you an overview of the world’s religions include:

The Bahá’ís, which only approximately 7 million actively practice today, are one of the most persecuted people in the world. This is thanks to the fact that most Bahá’ís live in the middle of the Muslim Middle East.

Persecution in their native Iran forced the Bahá’ís to flee and set up their World Center in Haifa, Israel. The World Center, where decisions are made by the religion’s leaders, is open only to Bahá’ís. The center is surrounded by a stunning garden area that spans a kilometer in length and is divided into 3 sections. The lower section includes the gold-capped Shrine of the Bab where the remains of the religion’s founder, the Bab, are kept.  Tours are offered through the day where the religion is more extensively explained. You don’t, however, need to book a tour – just walk around and experience the flowers, trees, water fountains, pools, sculptures, wooded areas and wildlife.

The Boudhanath Stupa is a holy site to Buddhist from around the world and especially to Buddhists in Nepal and Tibet. The Stupa is said to entomb the remains of Kassapa Buddha, the twenty-seventh of the twenty-nine Buddhas, the sixth of the Seven Buddhas of Antiquity and thie third of the five Buddhas of the present era.

Visitors will see large numbers of Buddhist monks and nuns walking around  Stupa – the area is home to  29 Tibetan Gompas (Monasteries & Nunneries).  Restaurants selling the traditional Tibetian cuisine of momos and thukpas are plentiful and you can join the faithful as they make three circles around the Stupa chanting  ‘Om Mani Padme Hum’ (the six-syllabled Sanskrit mantra that is often associated with the four-armed Shadakshari form of Avalokiteshvara).

The best time to visit the Stupa is in the days surrounding a full moon when the air can be thick with incense and thousands of people chant the mantras and prayers.

Keep in mind that shops and restaurants close by 8 pm.

Much of the history of Christianity can be seen in a trip to the Vatican, the seat of the Holy See since the 4th century. That’s the time at which a basilica was constructed over St. Peter’s grave and became the headquarters of the emerging Roman Catholic Church. The area developed into a popular pilgrimage site and became the seat of the Roman Catholic Church except for a brief time in the 14th century.

The Roman Catholic religion is one of the world’s largest and it’s fascinating history and some of the world’s most beautiful artwork which is associated with the Church can be seen in a visit to Vatican City.

Some of the highlights of a Vatican visit include the Sistine Chapel, one of Catholicism’s holiest sites where Michelangelo’s famous ceiling with the painting of the Last Judgment can be seen.  There’s a guided tour of the Chapel but you can also visit the site on your own.

St. Peter’s Basilica is also an important visit for spiritual searchers. The Basilica houses the remains of St. Peter, one of the twelve apostles of Jesus.  Archaeological evidence has proved that there is, in fact, a tomb located directly below the altar of the basilica. In addition to the alter visitors can see Renaissance-era sculptures and works of art including paintings by some of the greatest artists of the Renaissance era and Michelangelo’s Pieta. There are also tombs of popes and other notable people.

If you time your visit well you can see a Papal ceremony – many of which take place at the St Peter’s. While you’re in the area you can also visit the nearby  Basilicas of St. John Lateran, Santa Maria Maggiore and St. Paul which are located outside the Vatican walls. .

Safed is home to Jewish kabbalah, the mystical knowledge that, according to Jewish traditions, are embedded in the Five Books of Moses.

The seminal book of Zohar, on which Kabbalah was written, was said to be written in northern Israel in the 1st century C.E. Later kabbalistic scholars were drawn to this area in succeeding centuries, culminating with the Kabbalists of the 16th century who gathered in Safed to learn and teach kabbalah.  This earned Safed the name “City of Kabbalah,” the name by which it is still known today.

Visitors to Safed, which is located in northern Israel approximately 45 minutes northwest of Tiberias, can walk through the Old Jewish Quarter and see the ancient synagogues and other historical and religious sites. For travelers who wish to explore Kabbalah study there are numerous English-language programs where they can attend classes – either on a drop-in basis or long-term.

Safed is also known as one of the world’s most picturesque towns. It’s built on the side of a mountain overlooking the Meron mountain range. The Old City offers many picturesque sites including old stone synagogues, galleries and homes.